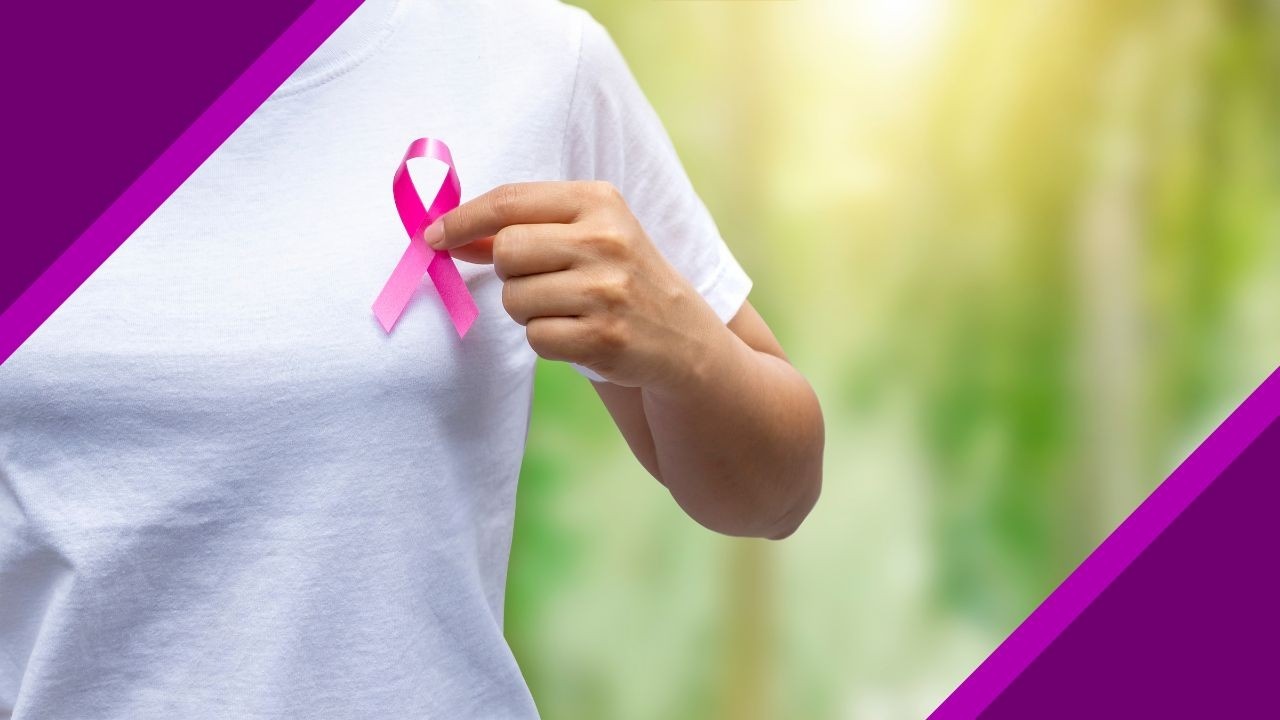 Breast cancer rates rise with age, but there are many ways to lower your risk and protect your breasts.

To do our part, we recorded an episode of Hit Play Not Pause with Amy Comander, MD, who is a breast oncologist at the Massachusetts General Hospital Cancer Center, the director of Lifestyle Medicine at the Mass General Cancer Center, and a marathon runner who is planning her 10th Boston Marathon to support the Ellie Fund, a non-profit that provides essential support services for breast cancer patients to ease the stresses of everyday life.

Reducing Your Risk for Breast Cancer

We couldn’t agree more. Here’s what she and the American Cancer Society recommend.

“I like women to know their family history on both the maternal and paternal side,” Commander says. “And not just for breast cancer, but any kind of cancer — ovarian cancer, pancreatic cancer, prostate cancer, all of these are important factors for women to be aware of.”

Knowing your risk helps inform when to start screening and how often and what type of screening you should be doing as part of your routine preventative care.

“Mammograms save lives.” Of that, Comander is emphatic, and the stats support her assertion. The American Cancer Society began recommending mammography as a diagnostic tool in 1976; it became widely adopted by the late 80s. Statistics show that since that time (1989 to 2020), breast cancer death rates have dropped by 43 percent.

Governing medical bodies debate exactly what age and what frequency women should be getting mammograms. The American Cancer Society recommends that women ages 40 to 44 years should be given the option to start screening annually with mammography; women ages 45 to 54 should get annual mammograms, and women ages 55 and older should get a mammogram once a year or once every two years depending upon their risk and choice.

Breast MRIs are sometimes used along with mammograms for women who have a high risk for breast cancer.

“The vast majority of cancers in this country are detected by mammography screening,” Comander says. “Mammography has been shown to reduce the odds of dying from breast cancer and facilitates treatments that are more manageable.” 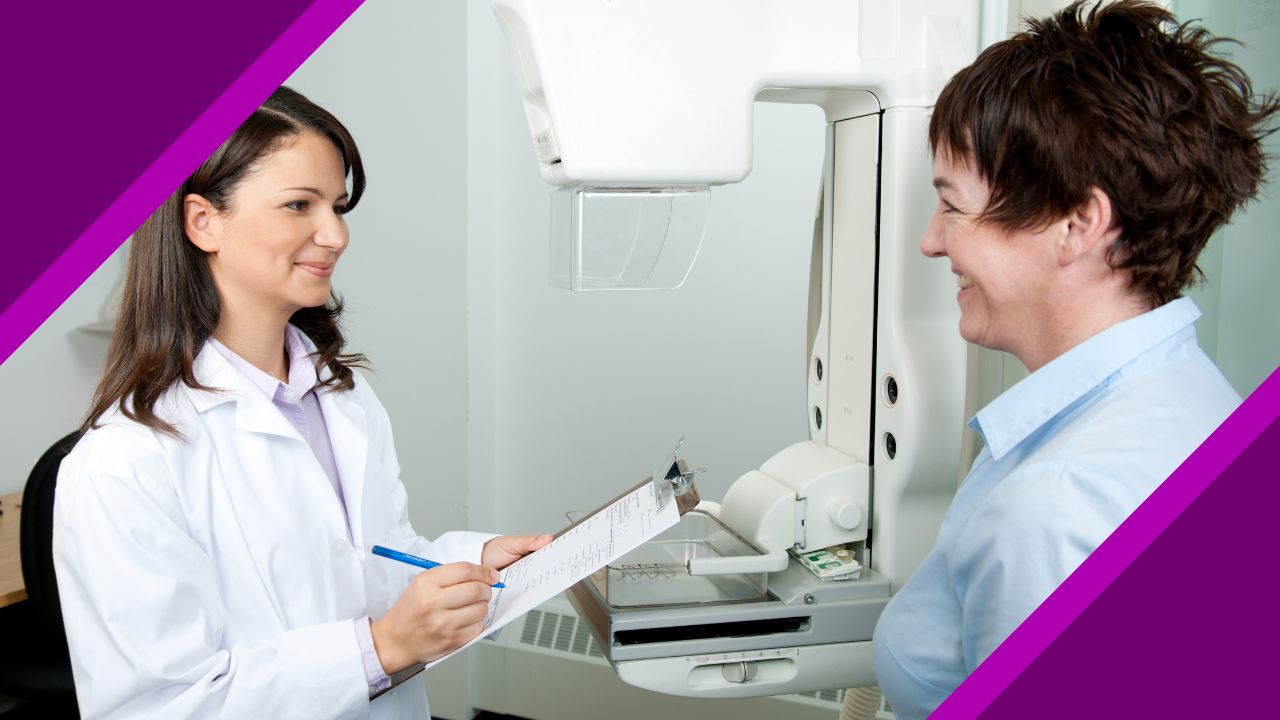 There are myriad factors that determine breast cancer risk, including those you can control, like how active you are and how much alcohol you drink, and those you can’t, like family history and your genes. For a baseline risk assessment, the National Cancer Institute has a Breast Cancer Risk Assessment tool that takes your non-controllables into consideration. You can learn all about both types of risk at the American Cancer Society’s website.

When you start talking about cancer risk and prevention, you open the door to women feeling ashamed or that they’re to blame should they find out they have cancer. It’s important to remember that while there are factors that can increase or decrease your risk, there are no guarantees in either direction. There are women who have no family history or other risk factors who will still get cancer. There are women who have several risk factors who will never get cancer. The goal is to understand your personal risk and be as healthy as you can be.

Being born female and getting older are two risk factors that we can’t control. Other factors you can’t change include.

Asian, Hispanic, and Native American women have a lower risk of developing and dying from breast cancer.

Dense breasts. Your breasts are made up of fatty, fibrous, and glandular tissues. If you have more glandular and fibrous tissue and less fatty tissues, your breasts appear denser on a mammogram, which can make it harder to see cancers. For reasons that are still unclear, women with dense breasts also have a higher breast cancer risk than those with average breast density.

Personal history of breast disease. Women who have had a previous breast biopsy, including a high-risk lesion are at a higher risk for breast cancer. Other types of benign (non-cancer) breast conditions, such as fibroadenoma, may also slightly raise your risk.

Age of first period, menopause, and pregnancy. Starting your period before 12 and/or going through menopause after age 55 slightly elevates your risk, which may be due to longer lifetime exposure to the hormones estrogen and progesterone. Having few or no pregnancies; short or no time breastfeeding, and/or having first child after 30 also raise risk slightly. (Technically, you have some control over the decision to have children/breastfeed, but it’s not like eating more broccoli, so we included it here.)

Being taller. Research shows that women who are taller than 5’6” have a higher risk for breast cancer than women who are about 5’1” or shorter.

Risk factors you have some control over.

Your lifestyle impacts your breast cancer risk and the American Cancer Society has outlined some clear lifestyle guidelines. Again, the idea is to understand your risk and adjust your lifestyle accordingly to be as healthy as possible.

Physical activity. This is a biggie. Regular physical activity reduces your risk for breast cancer, especially post-menopause. Daily activity and exercise are so important in lowering cancer risk, there is an emerging field of medicine called exercise oncology, Comander says. The American Cancer Society recommends that adults get 150 to 300 minutes (2 ½ to 5 hours) of moderate intensity and/or 75 to 150 minutes (1 ¼ to 2 ½ hours) of vigorous-intensity activity each week. Getting more than the upper limit of 300 minutes is ideal.

Research shows that physical activity is also associated with longer survival in women diagnosed with high-risk breast cancer. Women who were active before their cancer diagnosis and after treatment were less likely to have their cancer come back or to die compared to their inactive counterparts. Women who are active during treatment also do better during cancer therapy and treatment like chemotherapy, Comander says.

As active women, most of us meet these minimum requirements (sometimes on a Saturday morning). However, exercising often doesn’t mean you’re not otherwise sedentary. It’s important to limit sedentary behavior like sitting all day at a desk, when possible, Comander says. “Using an adjustable sit-to-stand desk, stretching between meetings, and otherwise moving throughout the day is important.”

Body composition. This is one that the American Cancer Society lists as lifestyle related. As millions of women will attest, body composition is not something that is necessarily easily controlled (or there would be no diet industry or thousands of studies on the subject). That said, having higher levels of body fat after menopause increases breast cancer risk. (Healthy body fat ranges for women of menopause age are considered to be about 14 to 30 percent.) The reason is that most of the estrogen post-menopause is generated by fat tissue. Having more fat tissue can increase estrogen levels and increase the risk of breast cancer. Higher blood insulin levels, which are also linked to excess fat tissue, have also been associated with breast cancer. Strength training can improve both body composition and insulin levels.

Alcohol use. Drinking alcohol raises your risk for breast cancer, and the more you drink, the more that risk increases. The American Cancer Society advises against alcohol consumption, noting that women who do drink should consume no more than one drink a day.

Diet Aim to eat a plant-predominant, whole foods diet with limited red meat. Avoid processed meats and ultra-processed foods (like snack cakes, cheese curls, soda, and foods with added sugars, salts, and other ingredients with no nutritional value). Aim for 25 to 30 grams of fiber and plant proteins like beans, legumes, whole grains, seeds, nuts, and tofu.

The most common symptom of breast cancer is a new lump or mass (though it’s important to note, most lumps are not cancer), according to the American Cancer Society. Though many women who are diagnosed through mammography have no symptoms because the cancer is caught before it has grown.

Other possible symptoms of breast cancer include, according to the American Cancer Society: