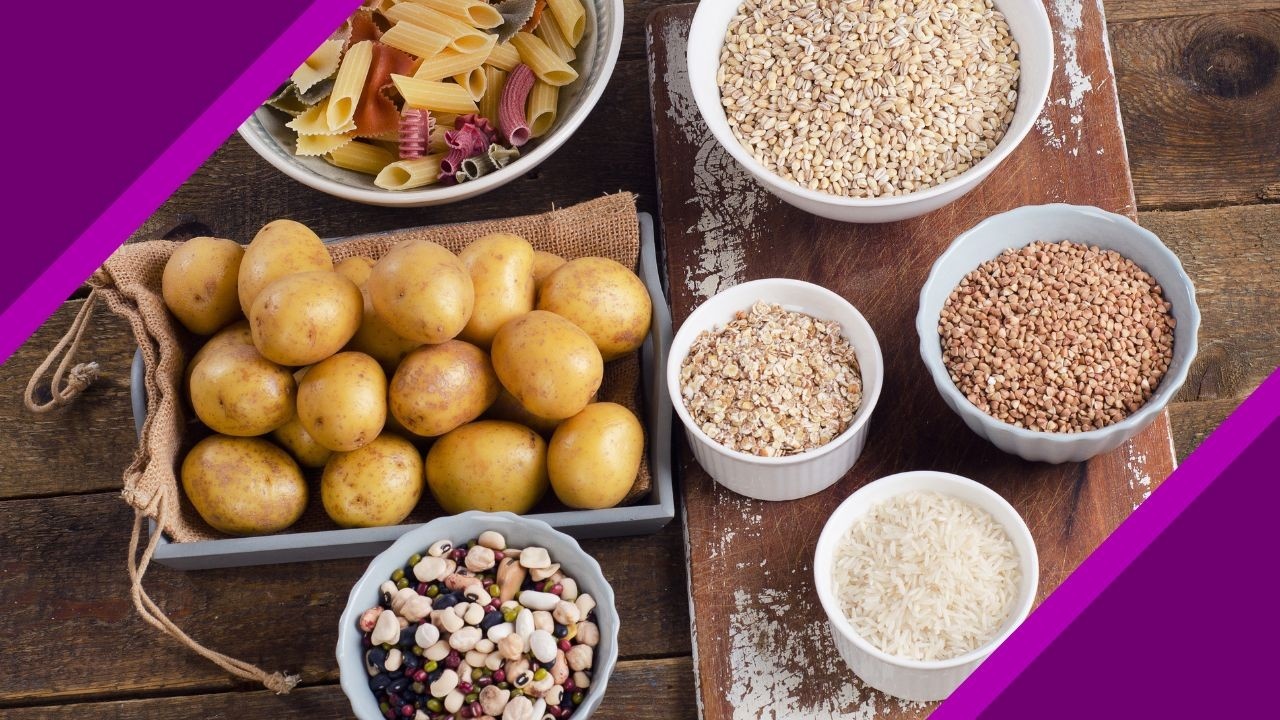 Why Active Women Really Need to Eat Enough During Menopause

Eating less than your active body needs can lead to long-term damage. Here’s what to know.

We are women who have been steeped in diet culture our whole lives. We’ve had commercials, celebrities, and heck maybe even doctors and coaches tell us that thinner is better. Many of us have struggled with disordered eating, if not outright eating disorders are whole lives in the quest to be thin. Eating more was not a thing most of us strove for.

That all can get magnified during the menopause transition, as our hormones change, our bodies change, and we struggle to gain control through the only means many of us know: watching what we eat, aka, eating less.

Not only can that backfire in that it doesn’t necessarily lead to weight or fat loss, but also it can be a serious detriment to our performance and our short and long-term health, says Heidi Skolnik, CDN, of Nutrition Conditioning, LLC, and co-author of The Whole Body Reset in Hit Play Not Pause episode 103, Less Fuel, More Problems. Why Menopausal Athletes Need to Eat More.

“If your goal is to have power and strength and stamina and mobility and to be healthy, then thinner does not equate to healthier,” she says. “In fact, quite the opposite.”

When you don’t eat enough as an active woman, you can slip into a state known as low energy availability (LEA), which sets the stage for Relative Energy Deficiency in Sport (RED-S), a condition that, according to research, can result in irreversible health and performance impairments including decreases in metabolism, poor hormone function, bone loss, lower immunity, impaired protein synthesis, fatigue, depression, anxiety, impaired digestion, and increased risk for cardiovascular disease.

The female athlete triad – a term used to define the relationship between energy availability, hormonal status, and bone health – falls under RED-S, and one of the hallmarks of RED-S for women is menstrual dysfunction or loss of periods altogether.

If you’re in the menopause transition or postmenopausal, you may not have the obvious “red flag” of losing your period. But there are plenty of other signs, says Skolnik who specializes in the athlete triad at The Women’s Sports Medicine Center and Hospital for Special Surgery, is the author of the Athlete Triad Playbook, and who sits on the Medical Advisory Committee of The National Menopause Foundation.

For menopausal women, who can’t afford to lose more bone and muscle than we already do, it’s important to know the signs so you can address LEA as early as possible (or even better, prevent it in the first place).

Since LEA/RED-S impacts every part of your body, it can show up in many ways. If you’re still getting your period, you may stop menstruating. You may also notice an array of physical and psychological symptoms.

You may feel irritable, have brain fog, have dry brittle hair and nails, have cold hands and feet, be bloated and constipated, be losing muscle, have decreased bone density, experience more injuries, and/or not be responding to training, Skolnik says. If those symptoms sound familiar, it’s because they’re also symptoms we can experience in perimenopause. It can be challenging to tease out what is the root cause of what you’re experiencing. But if you are very active and also actively restricting your food or dieting, don’t just assume perimenopause. There’s a good chance you’re not fueling enough.

It’s important to recognize that you may still be able to perform while in the early stages of LEA, even while the rest of your physiology is suffering.

“You’re working out. You’re training for your sport. You’re able to go to practice. You may not feel fatigued, especially in the beginning. But we still have our physiology we need to feed. We have to feed our organs, our heart, our lungs, and our kidneys and support our growth, repair, and recovery. When we aren’t taking in enough calories, we have energy available to workout, but low energy availability for the rest of our physiology. That’s low energy availability,” explains Skolnik.

Working with a sports nutritionist, even for a few sessions, can help determine if you’re running into LEA territory and ensure that you are fueling appropriately for the activity you’re doing. (And make you feel and perform better!)

It’s easy to just say, “Eat enough.” But RED-S wouldn’t be so common if it were easy to do so. Sometimes women slip into LEA and RED-S unintentionally by neglecting to pay attention to their fueling needs. Sometimes they slip into it because they’re intentionally restricting what they eat. Avoiding both of these situations takes a mindful and intentional approach.

“We should stop using words like ‘cheat day’ and ‘clean eating'...it sets you up to binge and feel guilty,” Skolnik says. “The only time you should feel guilty about something you ate is if you stole it, and the only time food is not clean is if it fell in the mud.”

Also, be careful about engaging in “fat talk,” she says. “Saying ‘look at me, I’m so fat’ seems normative and like we’re commiserating with each other. But really, those who engage in fat talk have the most body dissatisfaction. It’s damaging to the people who engage; it’s damaging to the people who hear it, and it makes it normative for women to not like their bodies.” And that makes it harder to eat and fuel yourself.

Your hunger hormone ghrelin increases when you undereat during the day, so you get hungrier as the day goes on. That’s a problem for proper fueling because people end up overcompensating when they do eat, setting them up for a vicious cycle. Skolnik recommends trying to eat two-thirds of your calories in the first two-thirds of your day.

That’s not to say you need to count calories (you don’t). The idea is to eat throughout the day in a more even pattern that matches your activity levels, which tend to taper off by the time most of us consume our biggest meal. By eating more earlier, you’ll have better energy, concentration, mood, and appetite regulation.

Intermittent fasting (IF) is a popular weight loss strategy, though it’s questionable if it’s actually superior to other kinds of energy restriction. Research also indicates that IF can be problematic in women and actually increases stress, worsens insulin sensitivity, and may cause hormonal disruption, as our bodies respond to energy restriction differently than men do.

It also can make it hard to maintain muscle, Skolnik says. “You need to hit 25 grams of protein in the morning to press that anabolic, muscle-building button.” What’s more, research has shown that when people lost weight through IF, they lose more than 60 percent of it from muscle rather than the 30 percent people usually lose in the form of muscle when they lose weight.

“Muscle is hard to come by as we age and we want to maintain what we’ve got and if we can, continue to put it on. So, it [IF] is a terrible strategy,” Skolnik says. “I don’t see the benefits over the drawbacks. If you want to intermittent fast, that’s what sleep is for. Stop eating at 8:00 p.m. and then eat breakfast the next morning at 8 a.m. That’s 12 hours. You’ve just done an intermittent fast.” 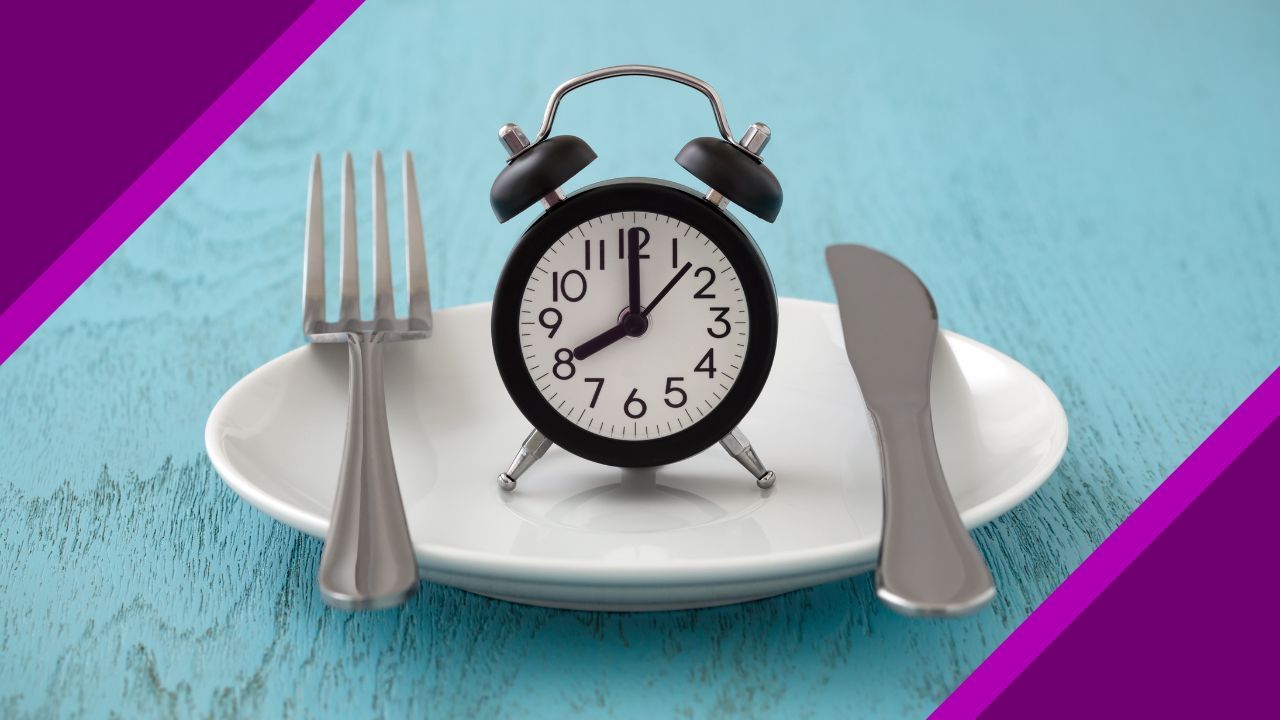 Eating before, during, and after your workouts is a good way to avoid slipping into LEA. Also remember that you need to eat on your recovery days, too, when many women cut back because they’re not exercising. If you want to see improvements from your training, you need to give your body the fuel it needs to restore your glycogen and repair your muscles, so you can come back stronger.

Low energy availability often stems from low carbohydrate availability as so many women (and men) are still afraid that eating carbs will make them gain fat. When it comes to immunity and bone health, some studies suggest that carbohydrate restriction is more detrimental to both than not getting enough calories overall.

Spread out your protein

You don’t store protein like you store carbohydrates and you can only synthesize so much at one time, so you need to spread it out throughout the day. “The goal is to have 25 to 30 grams of protein three or four times a day coupled with strength training to help you maintain your muscle, which is crucial for health and well-being across the board,” Skolnik says.

It might sound like the two can’t coexist, but they can, and for active women, they should. “You can be intuitive about your meals and tune into what and how much you feel like eating, but as an athlete, sometimes you also have to be more strategic because you have a training schedule,” Skolnik says.

For instance, you might have a hard training session after work, so you don’t want to wait until dinnertime after you’re done to eat. Instead, you’ll need to plan a snack around 4:00, so you have a good training session and aren’t left depleted and ravenous when you’re done. Likewise, after a hard workout, you may not feel hungry, but having a little snack while your body is primed to replenish glycogen and repair your muscles will not only jump-start your recovery, but also help you avoid going into that bottomless hunger that can hit later on if you skip your recovery snack.