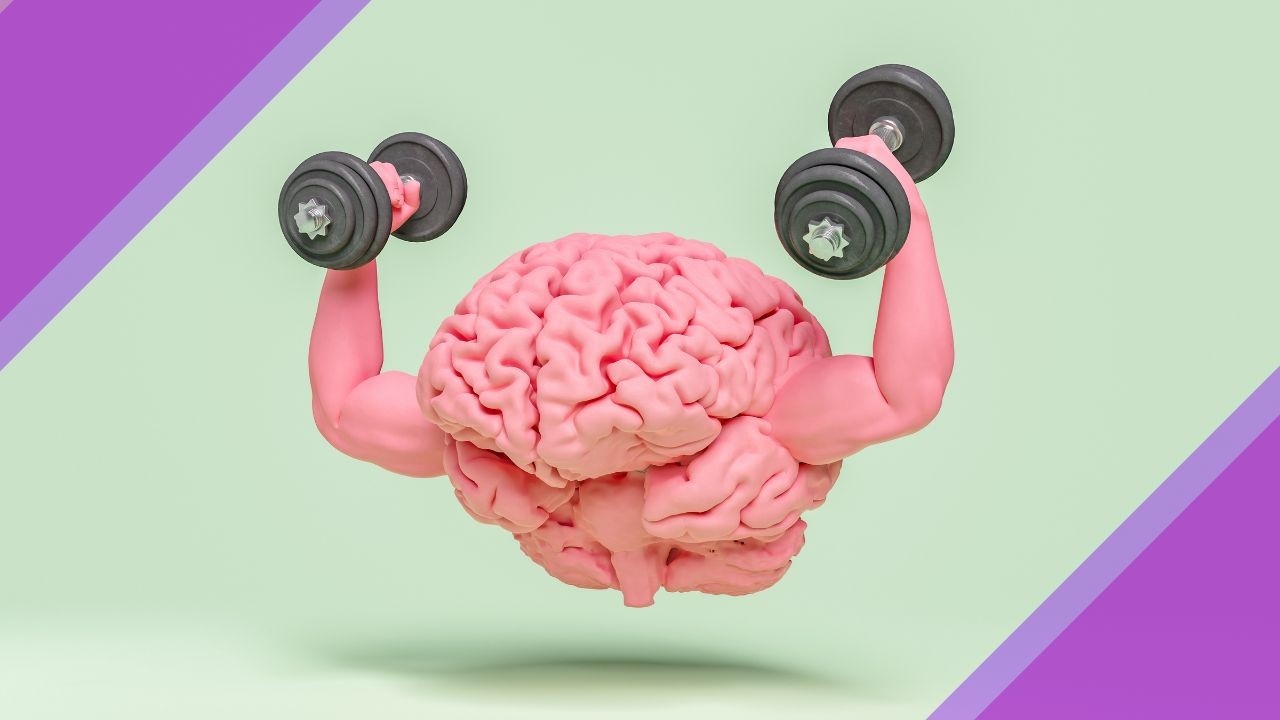 How to Train for Your Menopausal Brain

As menopausal women, we hear a lot of unsettling news about our brain health. Brain scan research shows that our brains physically change during the menopause transition, with a dip in gray and white matter volume and glucose metabolism. A study published just last month shows that we also develop more tiny lesions known as white matter hyperintensities, which have been linked to increased risk of stroke, Alzheimer’s disease and cognitive decline, during our perimenopausal years.

Many of us also feel these changes in the form of the muddled cognition we call brain fog, which research shows affects more than 60 percent of menopausal women, as well as mood swings, depression, and/or anxiety.

Research on hormone therapy for brain health is mixed, and the study on lesions cited above found no difference between women on hormone therapy and those not taking MHT. The latest NAMS Hormone Therapy Position Statement specifically states that “in the absence of more definitive findings, hormone therapy is not recommended at any age to prevent or treat a decline in cognitive function or dementia.”

The good news is that the evidence indicates that women's brains generally compensate for the changes during perimenopause to preserve our cognitive function, and our brains stabilize once we enter postmenopause. The white matter hyperintensities are concerning, of course, but they do not mean you’re bound to develop dementia or have a stroke.

There are also steps that we can and should take during the window of perimenopause (and of course beyond) that may help preserve our brain health and come out the other side cognitively sharper and stronger. (It’s also worth noting that the majority of the population is not regularly physically active, so research is generally not on an active population. We may already be ahead of the curve here.)

“Eighty percent of your brain gray matter is modifiable by physical activity – 80 percent,” explained neurophysiologist Louisa Nicola during episode 87 of Hit Play Not Pause. That’s big. So no matter what you do, keep moving. For some brain bonuses, you can include the following:

High-intensity exercise improves your brain function. When researchers looked at the exercise habits in a group of adults ages 60 to 89 they found that women and men who performed the greatest amount of high-intensity exercise significantly outscored their more easy going active peers in a variety of cognitive tests including memory and verbal fluency. Other research shows that BDNF production rises as exercise intensity goes above your lactate threshold. BDNF is short for brain-derived neurotrophic factor, which helps maintain and increase brain connectivity and is a key molecule involved in brain plasticity. Evidence suggests that HIIT enhances brain functions such as hippocampus-dependent learning and memory.

High-intensity exercise also gives us a much-needed shot of bliss. As past Hit Play Not Pause guest and competitive track cyclist Lenita Anthony recently told our Feisty Menopause membership, “After a stupid-hard interval session on the velodrome today, in which I felt like death, I was driving home and realized how INCREDIBLE I felt. Sort of hard to explain, but almost like a euphoria….a deep energy that’s more than just the psychological effect of having completed something hard, or satisfaction with your effort. I’ve noticed this occurs after super high intensity, 110% type workouts during which you actually feel awful.”

She’s not alone. Research suggests that eye-popping, muscle-searing intervals trigger the release of feel good endorphins in the brain because they’re so stressful. One study on HIIT and brain chemistry found that HIIT significantly increased the release of endorphins and other opioid peptides in the brain areas that are responsible for controlling pain and emotions. The negative feelings in the study participants were linked to a higher endorphin release. (So if you’re trying to motivate yourself to “HIIT it”, remember how good you’ll feel afterward!) 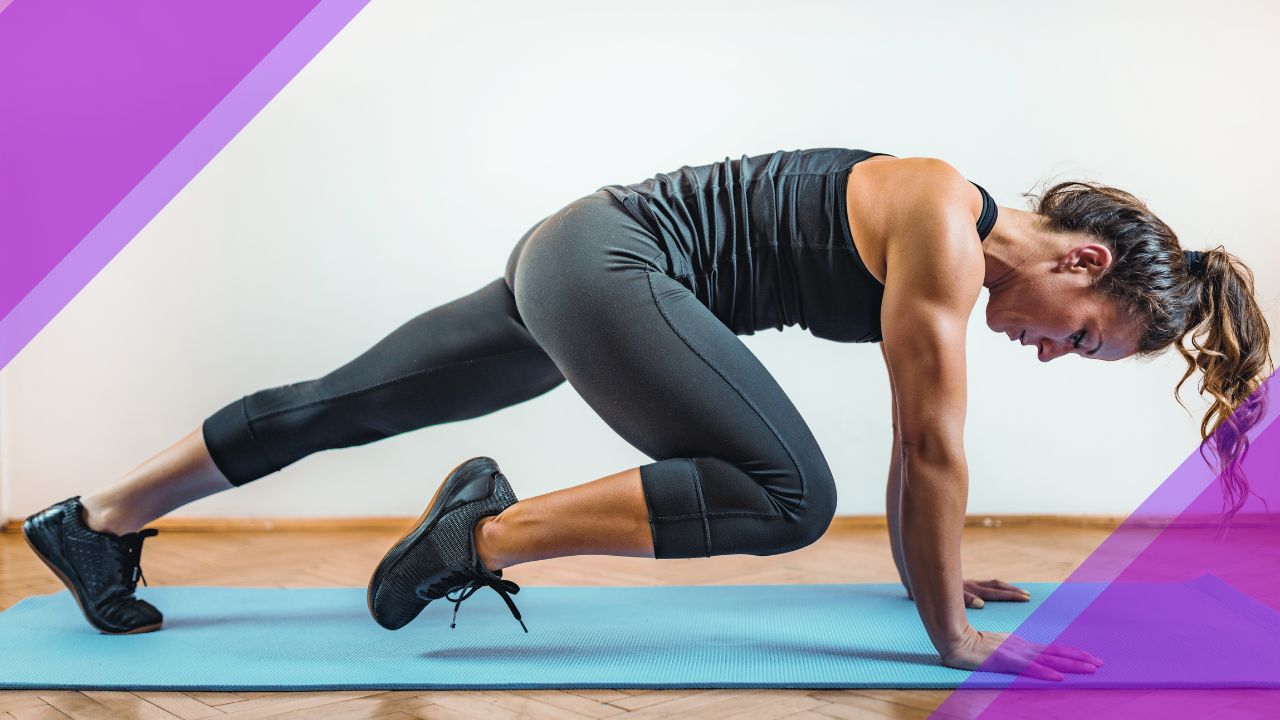 Aim to Lift 3 Days a Week

As Nicola explains, resistance training triggers a massive release of muscle-based proteins that help generate new connections in the brain, which have a direct impact on cognitive functioning, such as memory, thinking, and reaction time. Resistance training also stimulates the release of irisin, which is a hormone that crosses the blood-brain barrier and improves the structural health of the brain. “You only have to strength train three days a week to get these effects,” she says. “You can literally change the function and the structure of your brain by resistance training alone.”

High-intensity resistance training has also been shown to help improve sleep quality and anxiety, which is something many menopausal women need.

Our bodies are built to move and all exercise is like fertilizer for our brain. The hours you spend hiking trails, pedaling bikes, swimming laps, and walking the dog create rich capillary beds not only in your skeletal muscles, but also in your brain. More blood vessels in your brain means more oxygen and nutrients to help it work. Research finds that regular aerobic exercise leads to significant increases in brain volume in both gray and white matter in older adults.

Finally, research shows that fitter women, regardless of whether they currently take or have taken hormone therapy, demonstrate enhanced cognitive and brain volume measures compared with their less-fit peers. So no matter what type of movement you prefer, keep moving. Your brain will thank you.